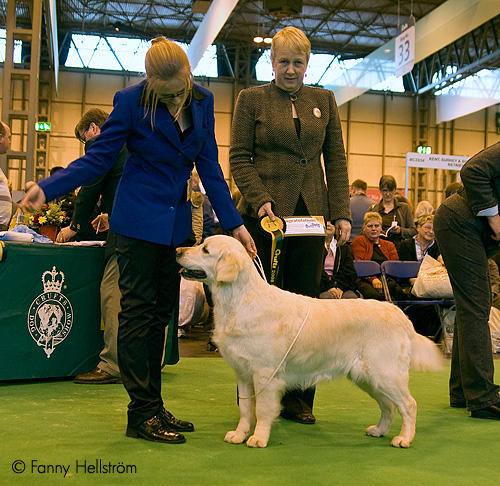 Ch Dewmist Leading Lady owned by Gunilla Granath and bred by Henric Fryckstrand,
created history by being the first overseas Golden Retriever ever to win a CC at Crufts!!!

It all started in 2007 on our way home from one of our many show trips. “Lady’s” owner Gunilla Granath, my mother and I had been to Norway for the week-end. “Lady” was entered for two CC shows at the same week-end and our dream was that she would get the CC one of the days. She got the CC already on the Saturday show and was also BOB and could thereafter be titled Norwegian Show Champion.

On the Sunday, it was the Kennel Club Show in Oslo which was Norway’s qualifying show for Crufts. “Lady” did it again, she was Best Bitch, BOB and Group 2nd and thereby qualified for Crufts. Gunilla said immediately — “wow, wonderful, of course we will enter Lady for Crufts…”. 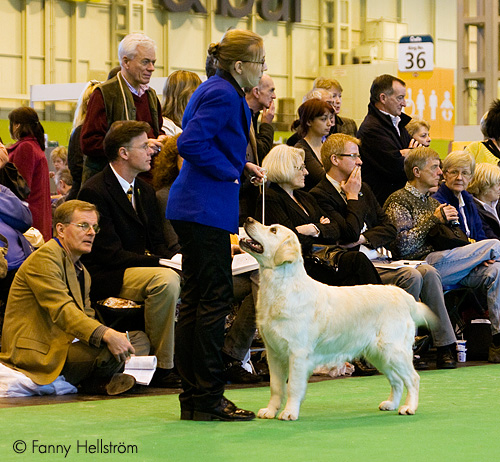 Gunilla entered “Lady” for Crufts and both Gunilla and “Lady’s” breeder Henric Fryckstrand said I was going to show her. Such a dream for me, I am so grateful that they gave me this opportunity.

March was coming closer and closer and I became more and more nervous for the big day when I was going to show a dog for the very first time at Crufts. Early in the morning of the show day we prepared “Lady” for the showing and as always, “Lady” was in a good mood. 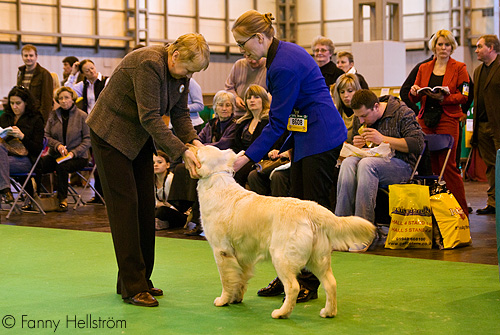 In the afternoon it was time for Open Bitches, it was “Lady” and 22 other lovely Golden bitches entered in the class. “Lady” showed like a dream with a constantly wagging tail. For me, it was absolutely wonderful to be picked out among all these bitches and when the judge gave “Lady” the 1st place, I was thrilled!

After a short rest, it was time for Best Bitch. Even though I was, of course, a bit nervous “Lady” was showing herself perfectly well and it was a wonderful feeling to show her. When the judge gave “Lady” the CC and Best Bitch I could hardly believe it was true — I think none of us travelling togheter could believe it — but it was true. “Lady” was later Best of Opposite Sex and thereby she was the first continental Golden Retriever ever to win the CC at Crufts! 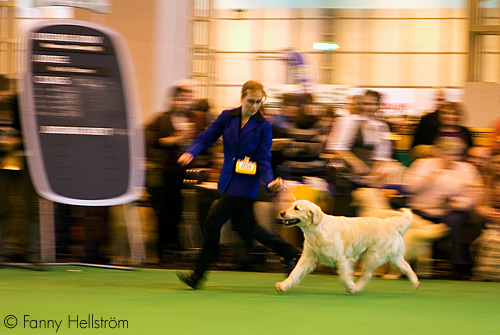 Lady got the following critique from judge Mrs Anne Falconer:
“A lovely bitch who appealed for her lovely typical head and expression, correct length of neck with good shoulder placement, level topline. Strong quarters with good turn of stifle. Moved with drive covering the ground well. She was handled and presented to perfection. A real quality golden and I was delighted to give her the CC in a large and quality entry” 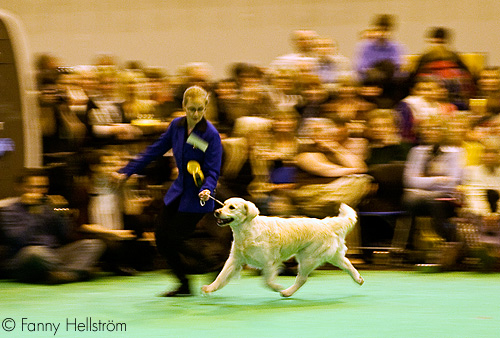 I would like to show my warmest appreciation to;
breed judge Mrs Anne Falconer who thought so highly of “Lady” and making a dream come true,
Gunilla and Henric for giving me the possibility to handle “Lady”,
Fanny for taking all these lovely pictures during the day
and last but not least all dear friends for support and congratulations. 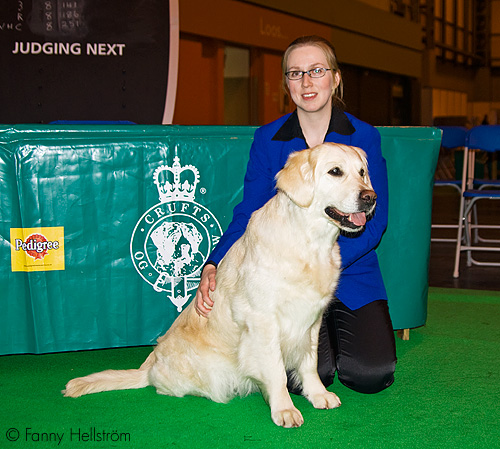 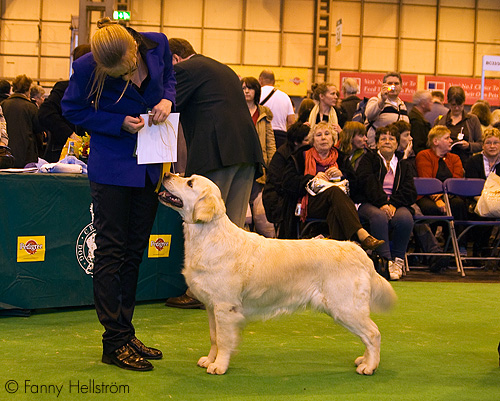